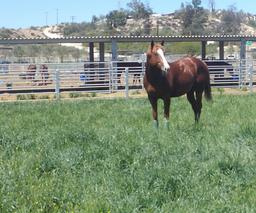 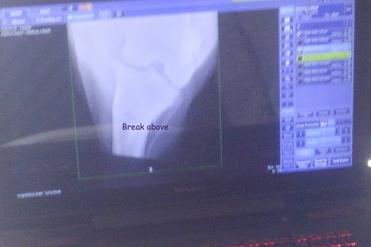 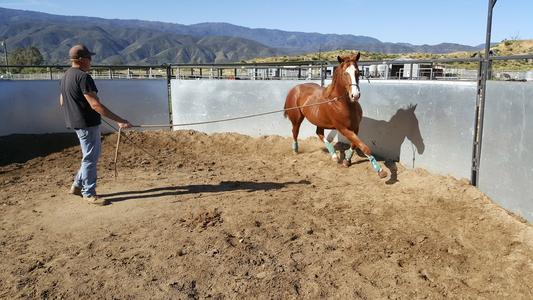 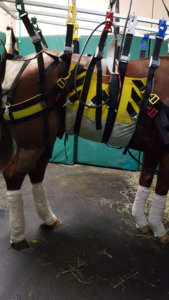 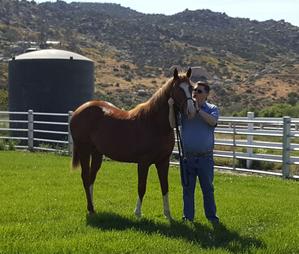 Making A Myth is by Champs Elysees, out of Marrimeclaire. He was born in Great Britan. Once he was old enough to travel we brought him and his mother to our facility. He was raised at Blue Diamond Horseshoe, LLC. We think he is a very special guy. Click here to see his pedigree.  Myth sustained an unexplained and career ending injury during training at the track. We later found out he had been vanned off the track and upon picking him up and taking him to Chino Valley Equine for evaluation (because a week after the injury we were told he may have suffered a torn muscle or "something") we found him shaking and non weight bearing on his right hind. Turns out he had a broken tibia. Myth underwent surgery May 22, 2018. He has two plates and numerous screws holding his leg together.  We all thank Chino Valley Equine and Dr. Richardson for all of your hard work with Myth.  (With the exception of the three hospital pictures, all of these photos were taken before he left for the training.) The original radiograph shows the joint above which is normal and if you look down you can see the clean break above where it says break above. Our sweet boy Myth was three days shy of being released and able to come home to rehab and retire with us; how do you explain to a horse they only need to hang on three more days?. You don't, you can't. We miss you every single day big boy! 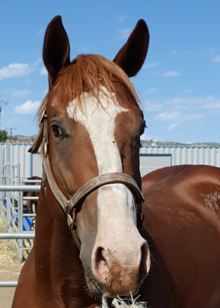 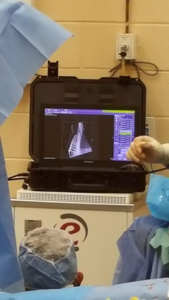