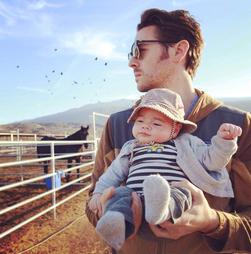 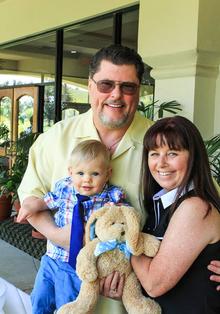 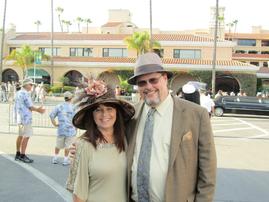 After Mike and Debbie's children were grown and on their own, they started feeling the empty nest syndrome. They wanted to start the next phase of their lives. That next phase began with one claim and has expanded to more than 70 horses. They own 5 breeding stallions. James Street and Hidden Blessing stand at their facility in Aguanga, CA. Lightnin N Thunder will stand in Idaho for the 2017 breeding season. Wolfcamp and Sequoyah will stand in Indiana for the 2017 breeding season. In 2016 their first "crop" of horses they raised have entered into racing. 2017 will bring the first "crop" of horses that were bred to their stallions and raised by them into racing. Currently they have horses at Los Alamitos, Santa Anita and in Kentucky. Their dream of owning successful race horses, and building a top notch breeding/training facility is fast becoming a reality.

Like we said Mike and Debbie's children are all grown and on their own. Mike and Debbie are the proud parents of four grown children. In 2014 they were blessed with their first Grandson Dean. In 2016 they were blessed again with their second Grandson Ash. Both the boys visit the ranch and enjoy feeding the horses carrots, petting them, and Dean LOVES to give them all kisses. They have taken the time to make their ranch a welcoming, inviting, family environment. This holds true for everyone who visits. It is not uncommon for Mike and Debbie to invite you into their home at the ranch and spend time answering questions, showing you pictures, and cooking a meal for you. 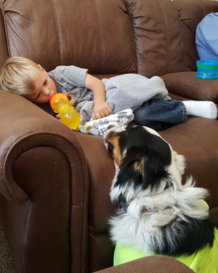 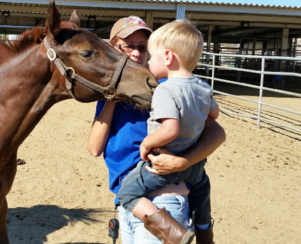 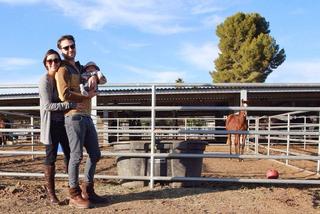 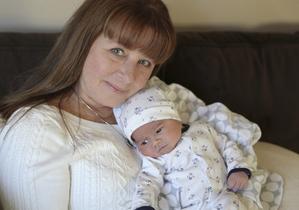